An 18-year-old university student died jumping in front of a train at an underground station just days after England was plunged into a second lockdown, an inquest has heard.

Eliot Gower was three months into his international relations degree at the University of Greenwich when he took his own life at Bank station on November 8, 2020, an inquest at the City of London Coroners Court has been heard today.

Just days before his death on November 5, the government had done an about-face by introducing a second nationwide lockdown.

Eliot lived in an apartment in college housing at Cutty Sark Hall, but had very few on-campus seminars and was discouraged from mixing outside his apartment with eight other students, the inquest heard.

Eliot, whose family home is on a farm in Elham in Kent, was described by his mother Kim Gower as “kind, loving and excellent at school” but “unerringly modest”.

Eliot Gower, 18, died in November 2020 when he was hit by a Tube at Bank station, an inquest has heard

His friends recalled that he had acted normally in the days leading up to his death, although he seemed “a bit depressed”, the court heard.

On the day of his death, according to the inquest, Eliot texted a housemate saying he had dreamed of going on vacation, which made him “really happy”, a feeling he said he did not experience. for a while.

Later that day he was seen on CCTV at Bank station, presumably having taken Cutty Sark’s DLR.

British Transport Police, who investigated the incident, were represented by death investigator Christina Butler who told the court that no one was near Eliot on the platform moments before he died .

The inquest heard toxicology reports finding no trace of alcohol in his system.

During the hearing, the coroner read a statement on behalf of Eliot’s mother, Ms Gower, which read: ‘Eliot was the most laid back, smiley baby and child growing up on the farm.

“He grew up to be kind, loving and good, excelling in school and on the farm as an excellent machine operator.

“He didn’t like the limelight and was always modest. He had five very close friends, all of whom needed advice [following his death] and visit his grave regularly.

“He was very close with his youngest brother Rory, they did so many things together, like making banana pancakes. The last time Eliot came home was 10 days before he died, where they spent time cleaning up a large pond [on the farm].’

She added: “I miss hearing his car pull up in our driveway, the music blaring through the windows.” His coffin was placed on straw bales he had just laid down.

“His father dug a grave under an oak tree in the meadow. I can see the meadow from our bedroom window.

“He was always smiling…we never saw him sad or depressed, which makes his death so hard to understand.” We will love him forever. 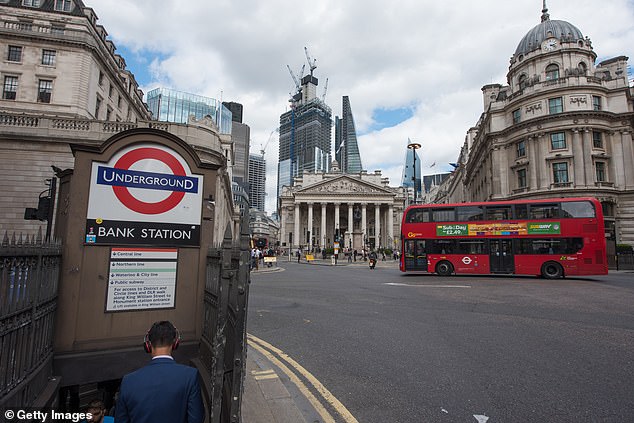 Ms Butler, on behalf of the British Transport Police, said: “In the days before [to Eliot’s death]the friends went to a picnic in Greenwich Park, and nothing caused concern until late in the day.

“Eliot and a friend had a bit of a fight, but nothing to worry about for his well-being.

‘In terms of his movements [on the day of his death], he is first seen in CCTV footage at Bank station, but the presumption being that he had taken the DLR from the Cutty Sark to Bank station. No one was near him on the platform.

Eliot’s friend Jon, whom he met at Harvey Grammar School in Kent, had previously organized a fundraiser following his death.

A group of friends have raised £4,740 for PAPYRUS Prevention of Young Suicide by cycling a 26.2 mile loop around where Eliot grew up in Kent.

**For confidential support, call Samaritans on 116123 or visit a Samaritans branch**