Sometimes we ignore the institutions that shape us individually and as a society. Universities are one of these institutions; we simply take them for granted as part of cultural furniture. Yet they open our minds, not to mention our opportunities for advancement.

Announcements, events and more from Tyee and selected partners

“We can’t just plug it all in and act like there’s no ramifications.”

You would think that once graduates have taken the seats of political power, they would be eager to support the schools that helped them get there. You would be wrong. Politicians in power, particularly in British Columbia, have consistently underfunded post-secondary education rather than risk overtaxing their constituents.

As Sheldon Goldfarb’s book makes clear, this was true from the earliest days of the University of British Columbia. And you can even sympathize with the governments of a century ago: when graduating from high school was a rare achievement, post-secondary education must have seemed a bit of a stretch. Universities may have been training professionals and teachers, but it was much cheaper to import them from Ontario or the United States or the United Kingdom than to train them from scratch.

So when UBC operated in the inner-city West End in 1915, its students had to accept makeshift classrooms while the promised land of Point Grey, where the school stands today, remained remote and wooded. Hence the “Great Trek”, when students marched to their future campus to pressure Victoria.

As this book makes clear, such student activism would play an important role in UBC’s history. Almost entirely male and locally raised, these early students didn’t just walk and go home; they marched and raised huge sums to help build the university.

Sheldon Goldfarb focused his book on the Alma Mater Society, which from early times expressed the wishes of students by charging fees, raising funds in other ways, and then constructing buildings as well as support clubs. . As an institution, AMS is an order of magnitude more influential than most student “governments,” and generations of UBC alumni have ruled the province as they learned to do as than undergraduate students.

Goldfarb consciously adopted the structure of The Chuck Davis History of Metropolitan Vancouver, extracting snippets from the student newspaper Ubyssey’s news of the day as well as minutes from forgotten AMS meetings. It’s an entertaining approach, but it tends to emphasize anecdotes and old-world charm, rather than identifying themes and issues.

The emerging themes inspire more questions than answers. In particular, how on earth did the engineers get away with “pranks” that amounted to theft, muggings, and kidnappings? People the engineers disliked were routinely thrown into ponds or kidnapped (Ubyssey editor Allan Fotheringham, later a prominent Vancouver Sun columnist, was kidnapped twice). The administration and the cops seemed to think it was just boys being boys, rather than privileged young men being thugs.

But UBC students were capable of remarkable accomplishments. After the Soviets crushed the Hungarian Revolt of 1956, the AMS Council raised funds to bring three Hungarian refugee students to campus. This quickly turned into importing a few dozen, then the entire forestry school from Sopron to UBC – to the benefit of UBC, British Columbia and Canada’s reputation as a safe haven. for refugees.

Bit by bit in the book, over the decades, we see the students of UBC grow. They maintain their ability to raise remarkable sums of money for capital projects like gymnasiums, but concepts like welcoming women into male-dominated professions have eluded them for the better part of a century. The late 1960s baby boomers at UBC sensed the general discontent of students worldwide, but responded with far less energy and self-satisfaction than their Crosstown rivals at the fledgling Simon University. Fraser – who wanted to bring the company down, starting with SFU, before rebuilding it.

Goldfarb is aware that most student behavior in the last century was, by today’s standards, worse than outrageous. So he makes the occasional semi-apology for it, as much as his format allows; it doesn’t really have room for analysis. Racism and sexism were simply part of the academic climate, but we commit the historian’s sin of “presentism” if we judge our grandparents by our own more enlightened standards. (And are we so sure that our own grandchildren will approve of all our values?) 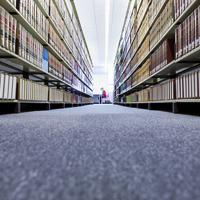 The book offers countless insights into student life over the generations, showing that some things never change and others have changed greatly for the better. I suspect most readers will be the UBC graduates most interested in events during their own years on campus.

Why no scholarship on universities?

It also raises a question: why have Canadian scholars largely ignored the history of Canadian scholarly institutions? Books and articles about individual universities and colleges tend to be corporate articles, created to celebrate a birthday or a notable personality.

But serious research into the origins and development of UBC (or any other university) would shed useful light not only on the university but also on its effect on the social, economic and political development of its province and the nation.

Such research could shed light on the university’s less admirable achievements, and few scholars are inclined to bite the hand that feeds them. But for tenured professors nearing the end of their careers, a well-directed bite could be sweet revenge; it could also help nudge the boring conservative monolith of Canadian post-secondary education toward a painful but necessary evolution toward a system better suited to a turbulent new century.