Wetangula is also committed to providing affordable healthcare to all Kenyans through the National Hospital Insurance Fund (NHIF).

“Just like Kibaki (the third president Mwai Kibaki) introduces free primary education, we will extend it to university.

“We will prioritize medical coverage for all under the NHIF to enable Kenyans to access quality health care at an affordable rate,” the Bungoma County Senator said.

Wetangula, who also plays the role of Ford Kenya party leader, spoke of his proven track record as a peacemaker as he wooed the Mount Kenya community to rally behind OKA.

During the Thika rally, Kalonzo called on Raila to retire with President Uhuru Kenyatta in August 2022. He argued that Kenya would only experience peace and posterity if the two leaders left politics.

“When our friend Uhuru Kenyatta returns home next year, he will have to accompany his partner Raila Odinga. My friends and I at OKA didn’t argue with anyone. We will ensure that the country is heading in the right direction.

The OKA leaders were invited to Thika by former Kiambu Governor William Kabogo, who is expected to contest the governorship in 2022. Kabogo served the county in the same capacity between 2013 and 2017 before losing to Ferdinand Waititu in the 2017 polls.

“Every child born in this country will have an equal chance from nursery, primary to secondary to university. The funds that are always looted belong to you, so I promise to close all these loopholes and channel the funds towards my plan of education,” he said. . 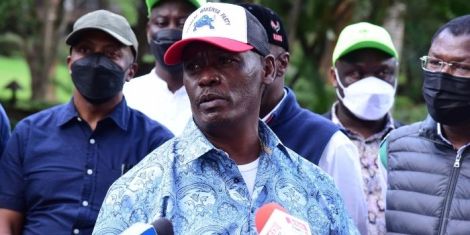